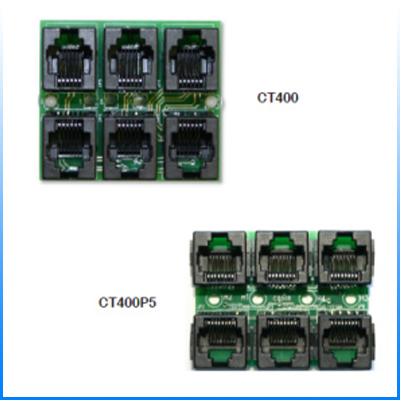 The CT400 and CT400P5 splitters are used to provide room drops (similar to T-Tapping) from the station commons bus to addressable stations and zone lamps. Typically, they are used when a station commons bus is run down a hallway from corridor dome lamp to corridor dome lamp, or centrally down the hallway. Each splitter provides six jacks—an in and an out, plus up to 4 room drops. The CT400 splitter is also used for station-to-station wiring for stations that use 6P6C connectors. Stations that use 8P8C connectors do not require CT400P5 splitters for station-to-station wiring, because they all have built-in in and out connectors. The CT400P5 splitter may also be used for the peripheral bus—wiring from IR4xx-series stations to their peripheral switches. The CT400P5 splitter is also used for the TekCARE120 or 160 master bus to connect two or three NC415/NC415A master stations to a single port on the NC120/160 CE Module. 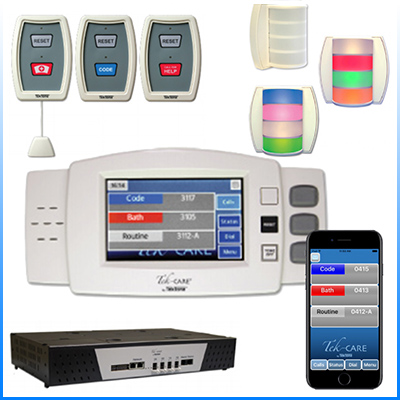 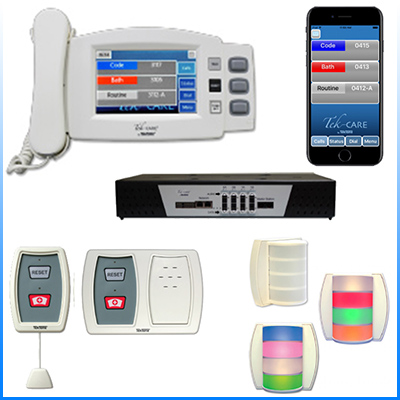